Book publishing can be a dangerous business


A recent Wall Street Journal headline read: China Confirms Detention of Hong Kong Bookseller Snatched From Train. A Swedish citizen traveling with Swedish diplomats was taken off a train by plainclothes policemen in northeastern China. He's "one of a number of Hong Kong-based booksellers who starting in 2015 vanished and reappeared in Chinese custody. The booksellers' publications dealt with the kind of political gossip banned across the border in mainland China, often involving salacious material on Chinese leaders." 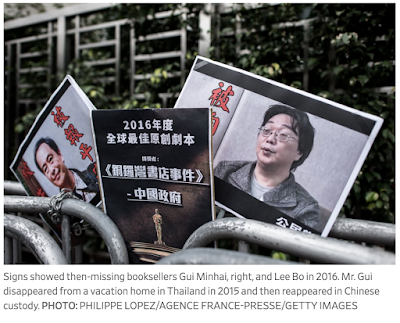