Then, on October 20, join a discussion of The Archive Thief with UMass professor Aviva Ben-Ur.

Wrap it all up on December 1 with Valiant Gentlemen, something Humbert Humbert most definitely was not, by author (and hey! UMass professor!) Sabina Murray. 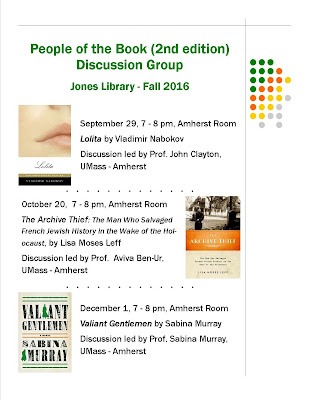 Then? Give yourself an honorary B.A. in Literature from UMass because you basically just earned it, Friend.