The Beautiful Things that Heaven Bears
by Dinaw Mengest 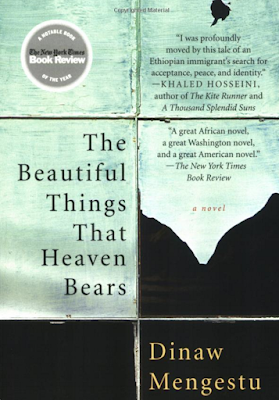 This very moving and exquisitely written debut novel portrays the characters and setting with clarity and depth. Sepha Stehanos, an immigrant from Ethiopia, is living in a poor neighborhood in Washington, DC, where he runs a small, unsuccessful store. His feeling of isolation, which he shares with two friends who are also African immigrants, is profound. He develops a hopeful relationship with a white woman who has moved into the neighborhood with her young, biracial daughter. Racial incidents change the neighborhood and his feelings of optimism for the future.

The book addresses many issues common in our country including racism, gentrification, and, most central, the experiences of immigration.