Come see "42: The True Story of an American Legend" 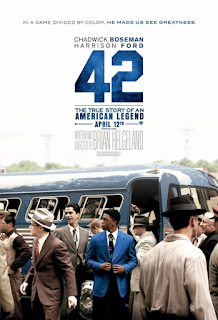 Join us for the next movie in our summer movie series on Saturday, August 8 at 2:30 pm.  This week's movie focuses on the theme of baseball as we screen the 2013 film entitled 42: The True Story of An American Legend.

Jackie Robinson's story is told in this biopic from writer/director Brian Helgeland. Robinson paved a new road for minorities by being the first African-American to play in Major League Baseball since the racial barrier was put in place in the late 1800s.

Hey, you know who made this summer movie series possible? Go on, guess. Just guess.